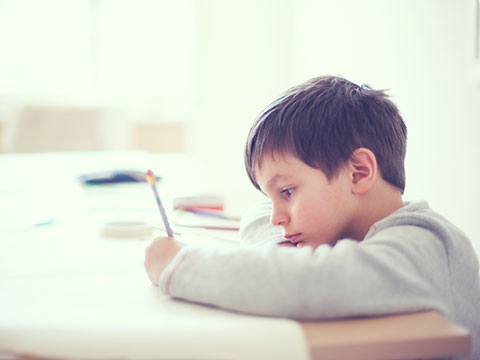 First, the argument is based on a false analogy. The arguer simply assumes that airplane mechanics and automobile maintenance crews perform many similar functions, but he does not provide any evidence that their functions are indeed comparable. As we know, the structure, operation and function of airplanes and those of automobiles differ conspicuously. It is true that both the airplane and the automobile need refueling and engine maintenance, but even here there exist fundamental differences: the structure and the building materials of each other’s engines are different, so is the oil they use. Therefore, even though the two-week Quality-Care Seminar proved effective in improving the performance of the maintenance crews in the automobile racing industry, there is no guarantee that it will work just as well for airplane mechanics.

Second, the arguer commits a fallacy of hasty generalization. Even if the maintenance of the airline has been improved as a result of sending its mechanics to the Seminar, which is, of course , unwarranted assumption, it does not follow that there will be greater profits as well as greater customer satisfaction for airline. As we know, customer satisfaction depends on several major factors other than good maintenance of the airplane. For instance, customers are generally concerned about the punctuality, the on-board service, the ticket price, the luggage handling procedure and even the discount, all of which are ignored by the arguer. Besides, the arguer does not provide any solid information concerning how the airplane can improve its profits. Unless Get-Away Airlines can significantly increase its customers or passengers and at the same time cut down its costs, both of which are unknown from this argument, there is no guarantee that it will “inevitably” harvest greater profits. Actually, the arguer’s recommendation of investing in this training program a the only way to increase customer satisfaction an profits would most probably turn out to be ineffective and misleading.

In the second place , the comparison in this argument is incomplete and selective, the arguer discovers that using fans alone is more cost effective than using air conditions alone, and that using both fans and air conditioners are the least expensive way of cooling. However, the arguer fails to provide any information regarding the actual amount of time for using, respectively, fans alone, air conditioners alone, and both fans and air conditioners in those three groups of surveyed families. It is very likely that these three groups of families are located in three very different climatic regions of Claria, and hence the amount of days of the year during which they need to cool their houses varies significantly. Families living in cooler areas of the nation certainly cool their houses for fewer hours and hence use less electricity than families living in hot areas, no matter what cooling appliance they use. Unless we are certain that the surveyed families ling in the same climatic region, or that they need to cool their houses for the same amount of hours in the same year although they live in different regions, which is very unlikely, we have every reason to doubt the trustworthiness of this comparative study. Furthermore on electricity may be using more electricity for purposes other than cooling. Unless the arguer also takes this factor into consideration, the comparison is unconvincing.

First of all, the argument is based on a hasty generalization. According to the cited studies, professors at Bronston College are happier living in small towns when their spouses are also employed in the local area than when their spouses work in distant areas, which is understandable. This fact tells very little about what actual conditions the professors often consider as important when they choose where to work. Even if we accept the arguer’s assumption that whether their spouse can find a job in the local area Is the only important question that new professors consider when they decide whether to accept is it likely that the professor will consider accepting the university’s offer. Consequently, it is unwarranted to assume that new professors will accept Pierce’s offer whether their spouse can find satisfactory employment in the local area.

In addition, the arguer fails to consider several other relevant factors that may influence professors’ decision. For instance, since Pierce’s location is not ideal, the pay it offers should be high enough to be attractive. New gifted professors are also concerned about the position they can have and the courses they supposed to teach in the new university. What’s more, what researchers care most about might be the university’s research conditions such as laboratory equipments, adequate research funds, etc.

Finally, the arguer hints that the morale of Pierce’s entire staff is low, but he fails to analyze the causes. Is it because the management of the university is poor, or because the pay is too low, or because the local area stuffers from economic depression, or because the local environment is severely damaged by industrial pollution? Under these circumstances, offering employment to the spouse would be ineffective at all for the purpose of attracting more new professors. Furthermore, if these problems do exist, even if Pierce succeeds in hiring many of the most gifted teachers and researchers of the country, the general moral of the whole faculty would remain low.

The major problem with this argument is that the arguer fails to convince us that Cedar’s present supplier the Good-Taste should be fired. First, the fact that the Good-Taste is the second most expensive caterer in the city may be due to its better foods, quality service and high reputation in this industry. Second, the fact that it prices have been rising for the last three years may be due to nationwide inflation or the rising cost in the food industry. Third, the fact that Good- Taste refuses to serve special diets does not indicate that it cannot meet the needs of Cedar Corporation unless the arguer can demonstrate that Good-Taste served special diets at first and now it refuses to do so hence disappointing Cedar’s employees complained, which makes it impossible for us to e valuate the overall service of Good-Taste. Maybe these three people are those few on special diets. Even if they have every reason to complain about the foods or service of the supplier on a certain day, these three people’s opinion lacks the necessary representativeness based on which we can make any general judgment concerning the overall performance of Good-Taste.

Another point worth considering is the arguer’s hasty generalization. We are informed that Discount serves fish and poultry, but we do not know whether Cedar’s employee all prefer this limited menu. We can believe that one sample lunch that the arguer happened to taste was indeed delicious, but based on this slim information, we can never evaluate the overall performance of Discount.

One major assumption in short of legitimacy is the causal relationship claimed between college-bound students’ increasing concern abut job prospects after graduation and their expectation on the university to find jobs for them. Students’ increasing concern about job prospects may mean that when they choose which university to go to they prefer those universities that can offer the majors most likely to lead to more job opportunities and higher income after graduation. They may also be more interested in prestigious universities because their students are more competitive and more welcomed in the job market. As is known to everyone, in a market economy, promising to find jobs for students is impractical and hence rather doubtful. This strategy may prove misleading and counterproductive in the end. Instead of promising jobs to students, Foley College should devote its resources and efforts to offering more majors with good job prospects as well as attracting more prestigious professors to enhance its reputation.

In addition, the conclusion is based on a gratuitous assumption that promising students jobs will make students more conscious in their study. This, however, is unwarranted. When students do not have to worry about their employment after graduation, they feel no pressure in their study; as a result, they will become more passive and dependent and gradually lose the initiative to improve themselves. Although it is more likely that they will complete their coursework, but when they graduate, no company would like to employ them. By then the university’s promise will turn not to be meaningless.