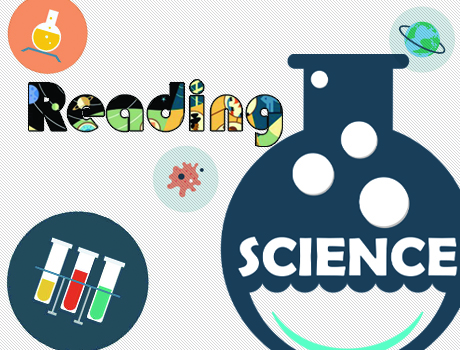 Dinosaurs are large reptiles that roamed the earth thousands of years ago. They mysteriously died out so no one knows for sure exactly how many kinds there were or what they looked like. Skeletons which have been found show us different kinds of teeth so scientists believe that some were meat eaters and some ate plants.

Paleontologists are scientists who study old fossils and bones. They have dug up pieces of dinosaur bones, cleaned them and brought them to museums to try to piece together a whole dinosaur. Since dinosaur skin was sometimes pressed into mud, which then hardened, scientists can tell what dinosaur skin looked like.

A dinosaur skeleton put together from bones which have been dug up gives much information about what dinosaurs ate, what they looked like and how they defended themselves. The type of teeth or beak they had tells us what they might have eaten. Horns show us how a particular dinosaur defended itself.

Fossilized skeletons may also give us the entire picture of what a certain dinosaur looked like. After a dinosaur died, the skeleton remained and was quickly pressed into the rock by some force, such as water or other rock, and then hardened. This is how a fossil is created. Fossils are flat, not three-dimensional, like bones.

To date, over 300 types of dinosaurs have been named. Dinosaurs are divided into two main groups according to their hip bones. Some had hips arranged like a bird and some like a lizard. Scientists have named many dinosaurs. Some of the lizard-like dinosaurs are Tyrannosaurus Rex, often known as the T-Rex, who was a meat eater, and Diplodocus, who was a plant eater. All bird-hipped dinosaurs were plant eaters. Iguanodon, Triceratops and Stegosaurus are three of the most famous of this type.

Tyrannosaurus was one of the largest dinosaurs. Compsognathus was the size of a turkey. The largest of all was a group called Sauropods. The huge Sauropod, Barosaurus, might have been able to reach the top of a five-story building.

Sauropods were the biggest plant eaters. A Sauropod called Apatosaurus ate huge amounts of green plants every day. He didn't chew them but swallowed them along with stones that ground up the food in its stomach. Hadrosaurus had a beak like a duck and ripped up vegetation. He had more than 40 rows of teeth. Some plant eaters may have formed herds to defend themselves against the predatory meat eaters who had larger, sharper teeth.

The largest meat-eating dinosaur was the Giganotosaurus. Scientists think he may have weighed eight tons. Suchomimus ate fish and had a head like a crocodile. Baryonyx lived near water and also ate fish. His curved claw could spear fish. Tyrannosaurus was huge, but slow, and may have used his big head to butt against prey.

In summary, dinosaurs are reptiles which lived on earth thousands of years ago. Some ate plants and some meat. Although they died out, scientists have learned much about them from bones and fossils.