如：Charity organizations should give aid to people in the greatest need, wherever they are from, or help people in their own countries. Discuss both views and give your opinion. (2010年1月9日A类)

Opponents of charity organizations only giving aid domestically, however, contend the assistance should be open to people in need no matter where they are from. To start with, it is the functionality of charity organizations to render help to those who are in great need, regardless of their nationalities. Otherwise, it may be considered as going breach of the purposes they are established for. What is more, not only can international charity assistance enhance the friendship of two nations, but also help eliminate the conflicts and misunderstandings, thereby stimulating the cultural exchanges between countries. (94words)

如：Some people think that foreign tourists abroad should be charged more than local people to visit a country’s cultural and historical attractions. To what extent do you agree or disagree? (2011年4月30日A类)

The reason that I oppose to the above view is the unfairness and inequality this proposal may conduce to. As is known to all, historic attractions are owned by all human beings and should be shared by people from all over the world equally and without discrimination. Once this proposal being implemented, an unfavorable impression of this country would be formed in no time. There is a fear that foreign travelers may never come again. Neither do their friends nor those who gain this negative information. And this will inevitably lead to a vicious circle. (95words)

A lot of innovations are made with the aim of making money for a few. This is because it is the rich and powerful people in our society who are able to impose changes (such as in working conditions or property developments) that are in their own interests. (第二句为解释论证)(《剑6》Test 4)

My view is that young people should be encouraged to broaden their horizons. That is the best way for them to get a clear perspective of what they are hoping to do with their lives and why. (第二句为延伸论证) (《剑5》Test 2)

To do this, we need to improve the choice of public transport services available to travelers. For example, if sufficient sky train and underground train systems were built and effectively maintained in our major cities, then traffic on the roads would be dramatically reduced.(第二句为举例论证)(《剑8》Test 3)

The reasons for this trend may involve the recognition that a young adult who passes directly from school to university is rather restricted in terms of general knowledge and experience of the world. By contrast, those who have spent some time earning a living or traveling to other places, have a broader view of life and better personal resources to draw on. (第二句为对比论证)(《剑5》Test 2) 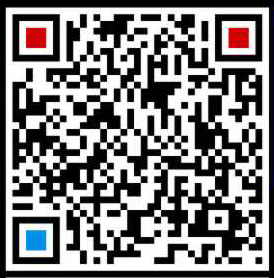