Although he thought of the key idea in 1951, the first maser was not completed until a couple of years later.

Variations of clay composition and the temperatures at which they are fired account for the differences in texture and appearance.

They have been able to adapt to ecological changes.

Some pots were adorned with incised or stamped decorations.

Ethological theory began to be applied to research on children in the 1960’s.

Hunting is at best a precarious way of procuring food, even when the diet is supplemented with seeds and fruits.

However, at intervals of 10 to 100 years, these glaciers move forward up to 100 times faster than usual.

9. at the expense of sth 在损害…的情况下

A multitude of microorganisms make their livings directly at the expense of other creatures.

The violin had reached the height of its popularity by the middle of the eighteenth century.

They then spiral back and forth between the Earth's magnetic poles very rapidly.

Lacking the right to vote and absent from the seats of power, women line were not considered an important force in history.

Many animals are capable of using objects in the natural environment as rudimentary tools.

The nervous system of vertebrates is characterized by a hollow, dorsal nerve cord that ends in the head region as an enlargement, the brain.

Ethnology is concerned with the study of adaptive, or survival, value of behavior and its Evolutionary history.

But far from being random, molt is controlled by strong evolutionary forces that have established an optimal time and duration.

Ocean bottom is a hostile environment to humans

Humanity's primal efforts to systematize the concepts of size, shapes, and number are usually regarded as the earliest mathematics.

Why is dancing closely related to popular music in the United States?

In fact, nuclear reactions that convert hydrogen to helium are responsible for most of the energy that stars produce.

Ants can be extremely sensitive to these signals.

Oil is formed when organic material trapped in sediments is slowly buried and subjected to increased temperatures and pressures, transforming it into petroleum.

Natural vitamins are superior to synthetic ones

The ancestry of the piano can be traced to the early keyboard instruments of the fifteenth and sixteenth centuries.

People became aware of the new service by word of mouth or newspaper advertisements.

In the harsh environment of northern Europe, Scandinavian women had been accustomed to practicing forms of shifting cultivation, and they immediately understood Native American horticulture.

Students benefit from schools, which require long hours and homework.

All of these forces slowly break down the Earth's exposed rocky crust into smaller and smaller pieces that eventually become clay.

Marine sediment is by far the most important environment for the preservation of fossils.

The topic of the passage is developed primarily by means of Adividing the discussion into two major areas.

Many are uninhabitable, by virtue of their small size and particular characteristics

The delivery service was at first confined to cities.

Transportation contributed to the development and maintenance of trade.

Under certain circumstance the human body must cope with gases at greater-than-normal atmospheric pressure.

In the United States, rent controls date back to at least World War II.

The gulls depend on the falcons for protection.

Due to their dense structure, iron meteorites have the best chance of surviving an impact, and most are found by farmers plowing their fields.

The one most widely accepted today is based on the assumption that drama evolved from ritual.

It turns out that some fossils can be extracted from these sediments by putting the rocks in an acid bath.

Predators are animals that capture and feed on other animals.

They focus on the meaning of their parents' words.

Atoms or molecules get rid of excess energy by themselves, without any outside intervention.

To connect the pueblos and to give access to the surrounding tableland, the architects laid out a system of public roads with stone staircases for ascending cliff faces.

Most insects lay eggs, but some give birth to live young.

If Jupiter were larger, it would give off much less heat.

The musical Renaissance was too short to give rise to a new musical style.

An interviewer can go beyond written questions and probe for a subject's underlying feelings and reasons.

The shop went out of business.

A species’ survival may have nothing to do with its ability or inability to adapt.

They functioned as sanctuaries where the elders impart tribal lore to the younger generation.

No two comets ever look identical, but they have basic features in common.

The artist was in favor of a traditional style of painting.

There were also a number of poor-quality figurines and painted pots produced in quantity by easy, inexpensive means.

Before the mid-nineteenth century, people in the United States ate most foods only in season.

In spite of problems with their condition, restoration, and preservation many panel paintings have survived.

65. in the absence of 在缺乏…的情况下

In view of the rate at which the radio sources emit energy, they should disappear in a few million years.

Instead of working with light, however, he worked with microwaves.

He started to invest in the town’s cultural development.

In fact, there is wide agreement that it is the rate of change humans are inflicting, even more than the changes themselves that will lead to biological devastation.

Explanations of animal behavior that leave out any sort of consciousness at all and ascribe actions entirely to instinct leave many questions unanswered.

This analogy is not far off the mark.

Satire serves to prod people into an awareness of truth though rarely to any action on behalf of truth.

Antoine Lavisher, on the basis of careful experimentation, was led to propose a different theory of burning

Marine sediment is by far the most important environment for the preservation of fossils, owing to the incredible richness of marine life.

Although art deco in its many forms was largely perceived as thoroughly modern, it was strongly influenced by the decorative arts movements that immediately preceded it.

Adults make it as easy as they can for babies to pick up a language by exaggerating such cues.

Some tasks could not be done in the winter, other had to be put off during harvest time.

Ultimately, literature is aesthetically valued, regardless of language, culture, or mode of presentation.

Most functions result from the needs of the local area and of the surrounding.

The upward movement of fieldstones should result in pure soil.

African American artists of this period set about creating a new portrayal of themselves and their lives in the United States.

Certain parts of town were restricted to residential use, while others were set aside for industrial or commercial development.

The Paris Exhibition of 1889 included both the widest span and the greatest height achieved so far.

Clay particles are sorted out by size and weight.

In the early colonial day in North America, small cities sprang up along the Atlantic Coastline.

It can be argued that much of New York City’s importance stems from its early and continuing advantage of situation.

The residues from these explosions left huge black marks on the face of Jupiter, some of which have stretched out to form dark ribbons.

As they began to strive for social and cultural independence，their attitudes toward themselves changed.

Artists are recognizing the distinction between public and private spaces, and taking that into account when executing their public commissions.

kiwis smell out earthworms thanks to nostrils located at the tip of their beaks.

Some potash was exported from Maine and New Hampshire in the seventeenth century, but the market turned out to be mainly domestic.

Autumn could be ushered in by severe frost.

Entire crops can be wiped out by fungal attacks both before and after harvesting.

The year 1850 may be considered the beginning of a new epoch in America art, with respect to the development of watercolor painting.

With the advent of high-resolution radio interferometers during the late 1970's, part of the answer became clear.

It is now taught with the aid of computers.

With the exception of printing patterns directly onto the cloth, whether by block, roller, or screen, all of these are based on dyeing; that is, the immersion of the fabric in a dye bath. 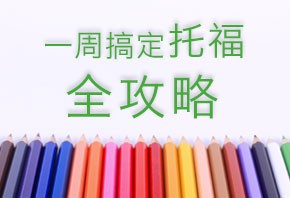